Crawling and graphig reddit, with the purpose of analysing it as a social network. 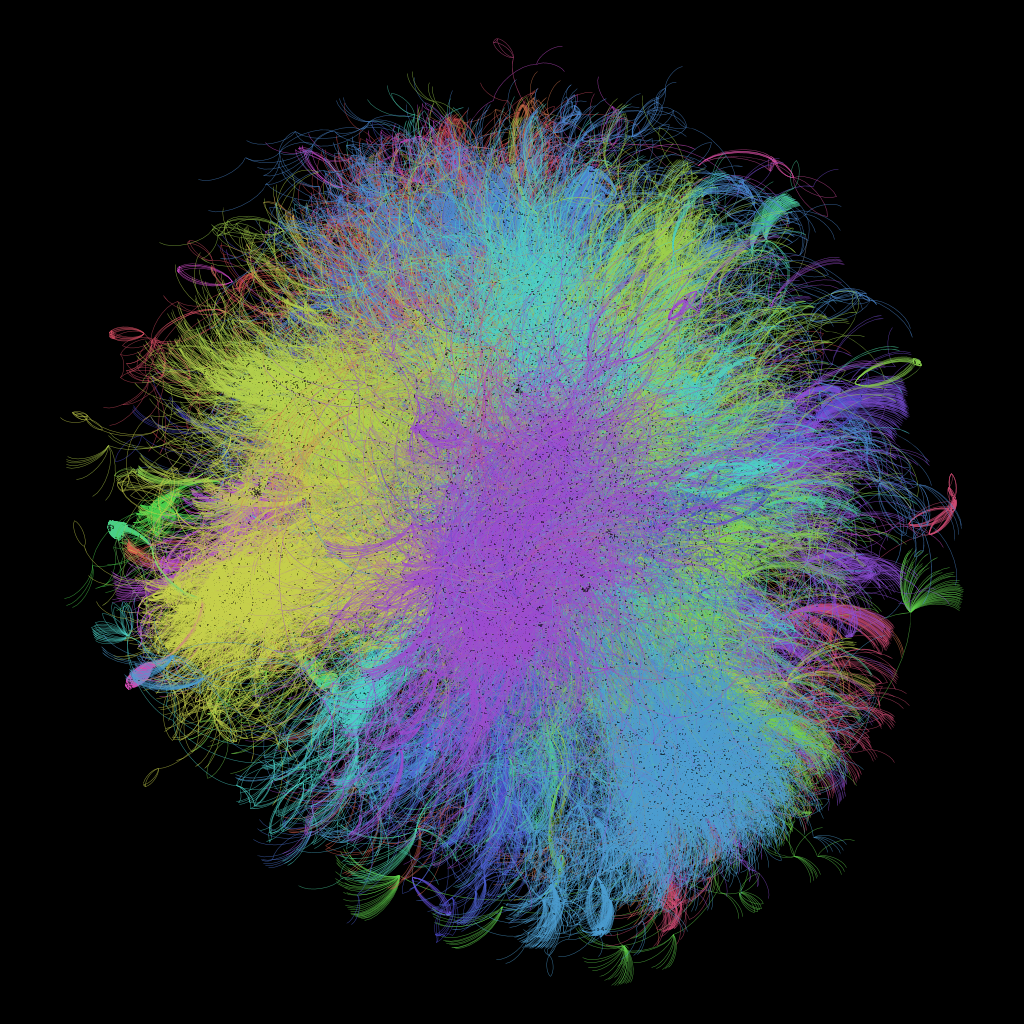 Subreddits commonly link to other subreddits in their "sidebar". This is available with the Reddit API. We then interpret each subreddit as a vertex in the graph and the links between subreddits as edges.

I first wrote a crawler that saves the info in a sqlite database. Then it's easy to convert that data into whatever analytic tools I want to use.

The data then gets stored in the table comments_mapping as an undirected graph. This otherwise mirrors the format of the data in mapping and now graphtool_analyze.py (i need to get better at naming things) should work on this dataset as well.

I realized that there are two sources of data that connect subreddits together.

At first i decided to ignore edge weight, but I have realized this might be useful data. My idea is to change the comments method to use the number of users that have commmented in the same pairs of subreddits as weight.

So far I have crawled about 24,000 subreddits (vertices) and just above 160,000 links (edges) between them. There are much more according to metareddit.

The starting point has been /r/Iceland/, with no special reason except I've frequented it the longest.

If we order subreddits with respect to their in-degree (number of subreddits linking to them) and without regard of the number of subscribers, we reveal one interesting statistic abour reddit.